My hopes are that you have read the title and your mind has been filled with Fleetwood Mac. However, if that is not the case please listen to the song before you continue… just kidding, but it is a great song!

And like most songs it has a great line that you can use as motivation/inspiration in your everyday life. Go your own way…how wonderful. We are constantly told this in other manners such as be your own person, or live outside of the box, but for today’s sake we will say, “go your own way.”

So if there are any authors out there who do not want to write a character because they don’t think they will be popular enough, or if someone has even said you can’t be an author… I say, go your own way! Make your own path! Life is worth taking the risks. 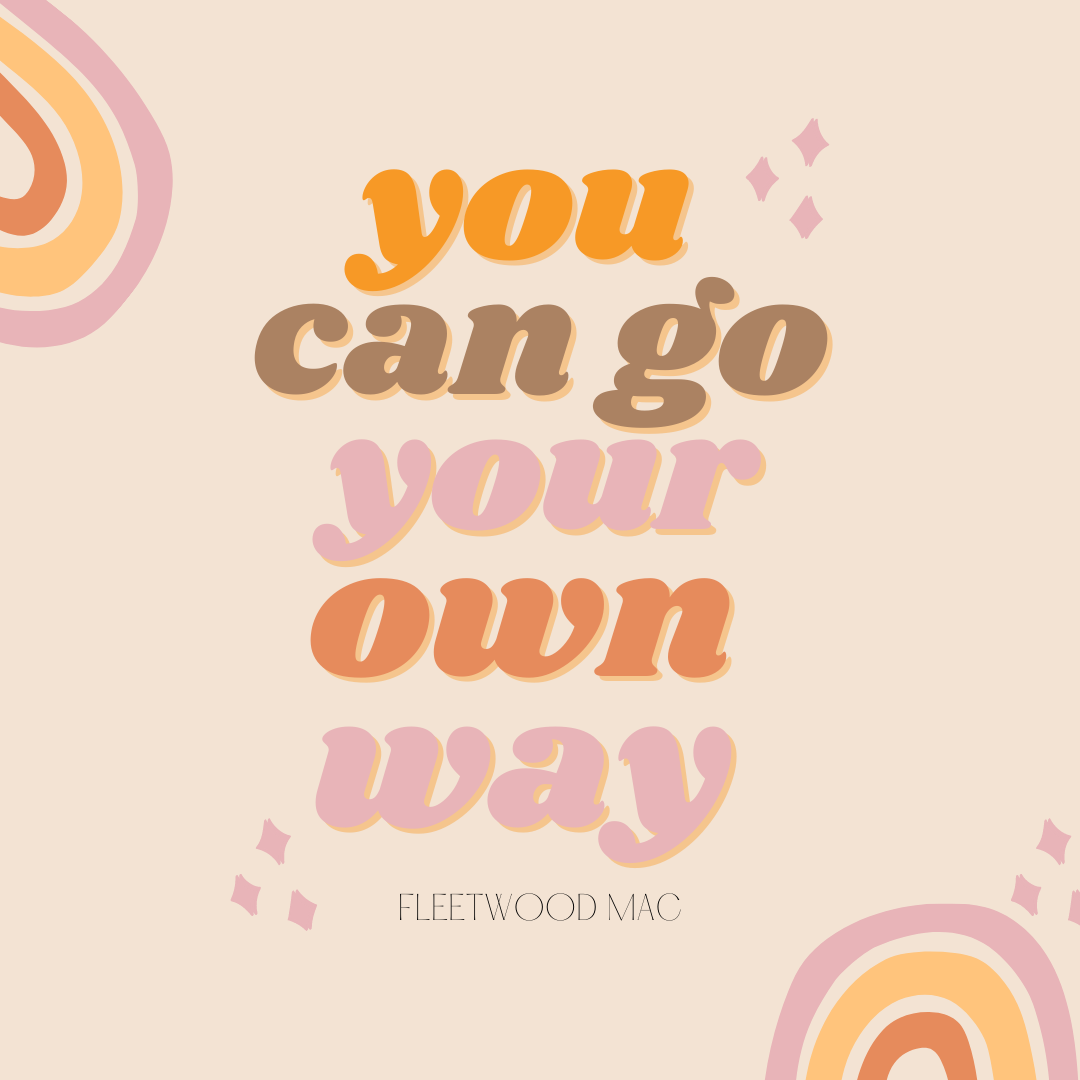 Since we live in such a technology-driven era, are there any writers out there who choose to listen to their favorite records while they type away?

I, for one, love to write with music to further inspire my story to unfold. Meaningful lyrics is a plus. Sometimes I’ll write a chapter entirely based on the lyrics to a single song. I don’t think I would listen to the same tunes between genres, though. I think it would mess with the flow of a story if I was blaring one of my favorite rap songs while trying to write a regency novel.

If I were to write a cute scene with my OTP, I would play Electric Feel by MGMT. I always thought that song (even though it’s about the guy’s guitar) really accentuated the relationship between two people. I could listen to it while writing a sensual sex scene, but it’s up to what mood I’m in. With a scandalous and steamy scene, I choose Love Lies by Khalid. Outside of the lyrics, I really like the flow of the song and I think it could really inspire a lot of…things.

Or I would definitely listen to the theme song to Pirates of the Caribbean by Hans Zimmer if my characters are on a journey to save some villagers from a fire breathing troll…that’s the perfect adventure song, in my opinion. Any film scores help me envision more action in some scenes. I end up imagining myself sitting among my heroes (or villains, no judging here) while the scene unfolds around them.

I’ve seen around the internet that some authors don’t like to listen to music they are familiar with. I didn’t see any reasons why, but I can assume that it might have something to do with being reminded of events or people they don’t want interfering with their art of writing. Rather than listening to their favorite album from 1993 (like me), they’ll listen to random songs that might inspire them to write but are not attached to!

As much as I might enjoy it, listening to music while writing isn’t for everyone. Sometimes silence can be the sweetest tune.