Use your words to create your own peace of mind. It is powerful!

Create something you will be proud to last a lifetime. You write for a reason, put all your effort toward that and make something beautiful! 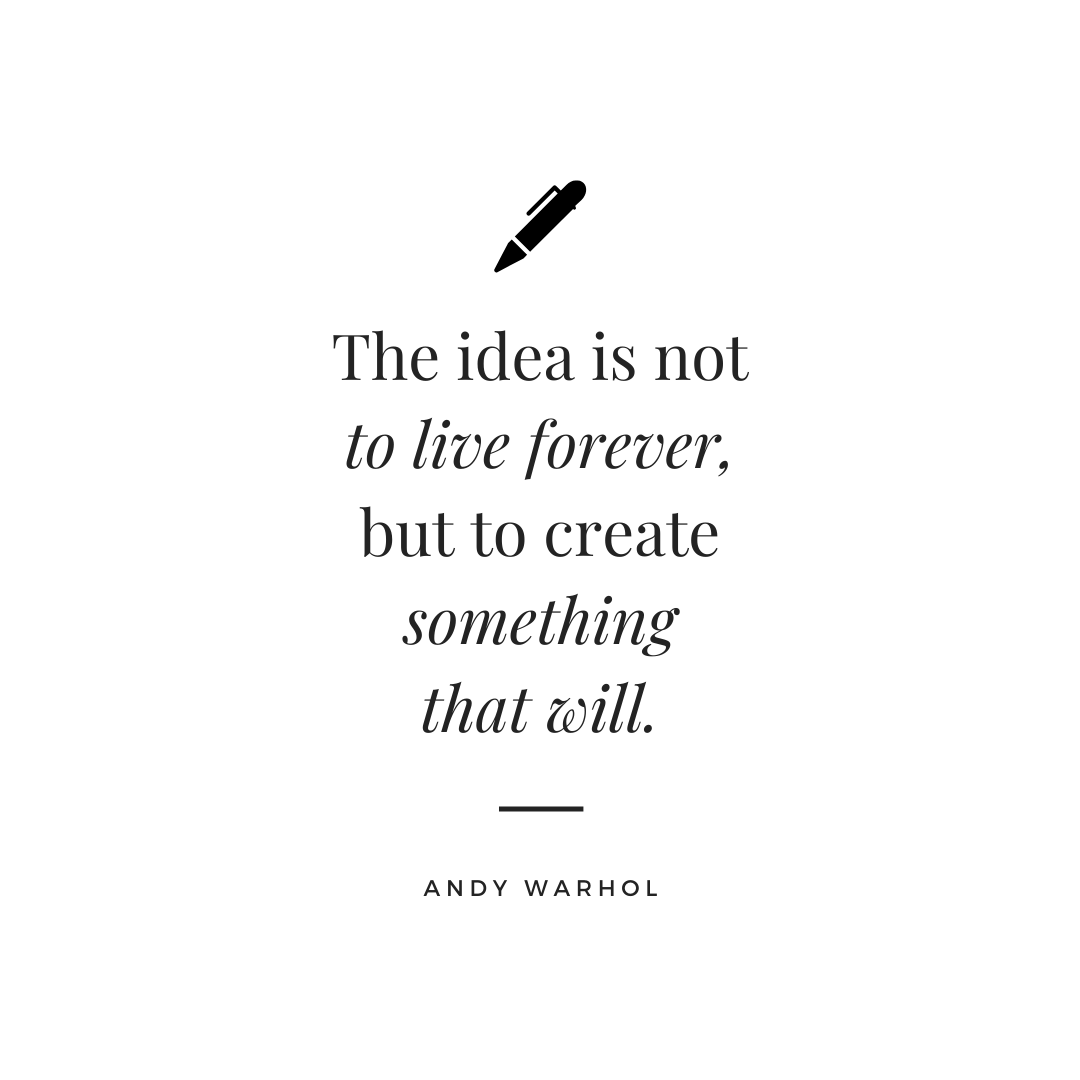 Do you want to keep up with the publishing industry news? If you do, there are many outlets to choose from! I have compiled a few of my favorites and maybe they will become yours too!

Keeping up with literary news outlets will allow you to stay up to date on current trends to better your own writing and literary journey. 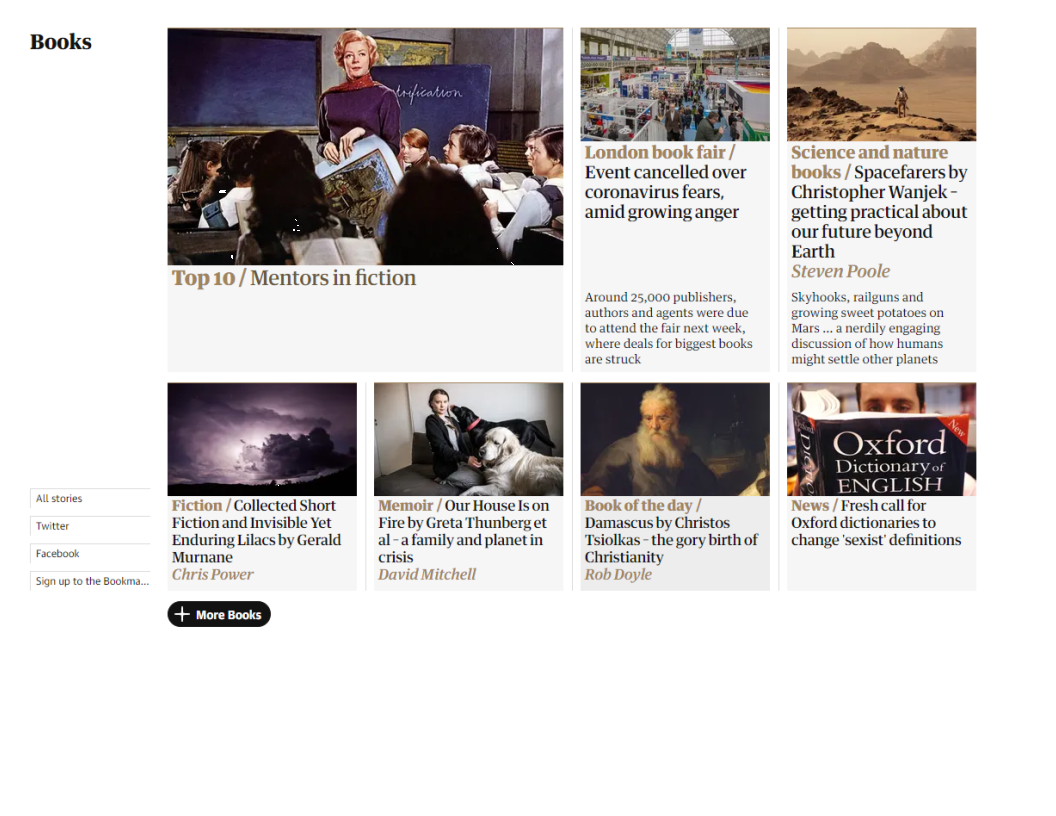 Offering more than just the current news of literacy, The Guardian has fiction, poetry and non-fiction reviews. As well as offering insight on children and YA books, they regularly conduct interviews with authors! The news is endless on this site, and they have something for everybody. 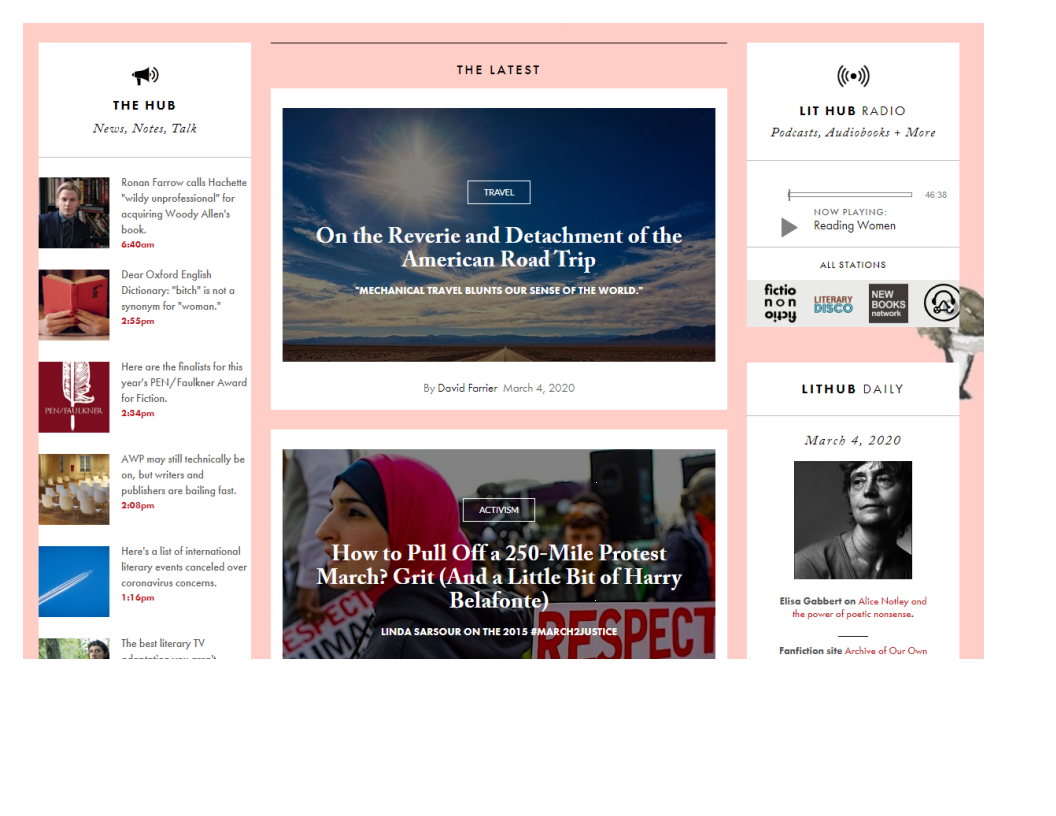 I would say this site appeals to more of a younger crowd. It is vibrant and social media oriented, while giving you more than just the typical in your face news. Focus on your personal interests and browse their true crime reads or short stories. Even if you are not much of a reader you can get most of the news through their many genres of the Lit Hub Radio! How cool! 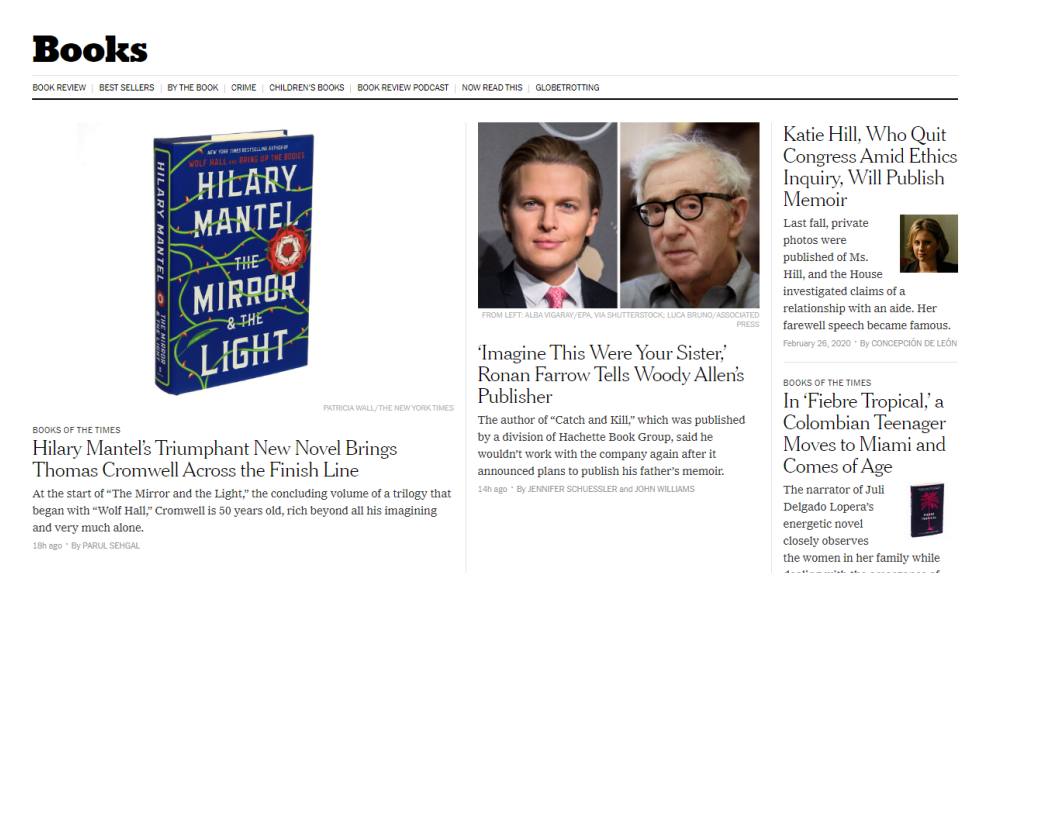 We cannot talk about news without The New York Times. They offer a book section wedged in between arts and style. While this site is definitely straight to the point, you know you will be getting an older demographic of news. However, It is always great to dabble in more than one site. Get a taste of the political side from the Times, then move on over to the lit hub for a taste of youth.

Find the news outlet for you! It is great to stay in touch with things outside your realm of expertise and expand your mind. Hopefully one of these sites spoke to you and you can get your news on. Tell us some of your favorites too!

Expand your writing abilities. Take this prompt and run with it! Writing based off of a writing prompt can really get your creativity flowing. Write different outcomes and see where it can take you. The possibilities are endless!

Let us know what you come up with:) 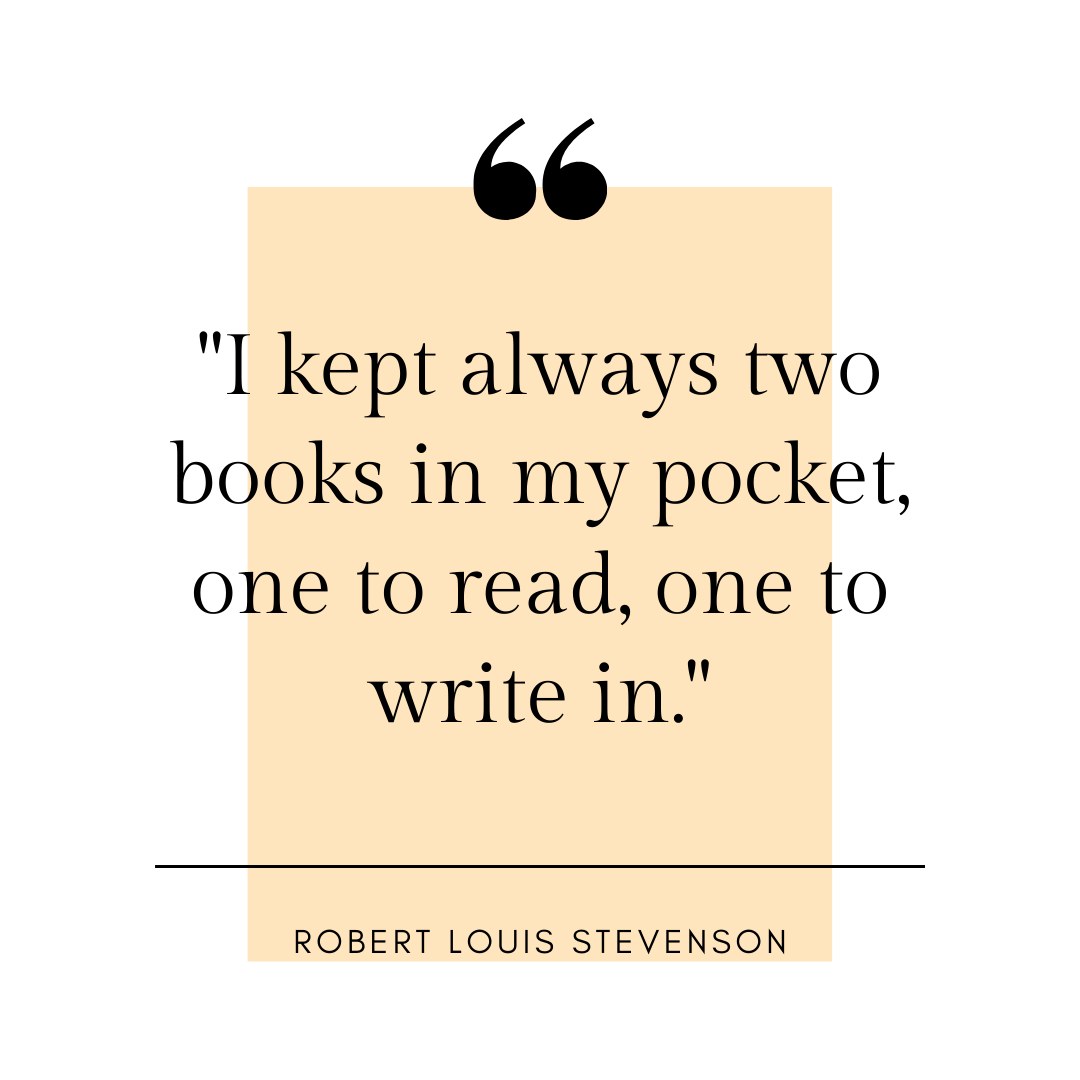 Tomorrow is Halloween! Just in time for one last creature of the dark analysis…

We have talked about ghouls, zombies, and mummies but today we will talk about the lord of death…the grim reaper. His job entails collecting the souls of the people when their time on earth is done. He is known to be very diligent in his job and always meets his deadlines. He is someone you will not want to see.

Origins of the Grim Reaper appear in the fourteenth century when Europe was overcome by the Black Plague. During this time many artists began painting skeletons with deadly weapons and eventually the black cloaked figure became the first recognizable Reaper. It is said that his dark costume and curved scythe (the large weapon he carries around) may have been inspired by the plague doctors who wore dark shrouds and bird-like masks to protect themselves from breathing bad air.

However, the name Grim Reaper did not appear until the nineteenth century. Getting its origins from the popular nickname for death “the Grim’.

His special abilities include being able to separate the soul from the body, and then becomes a guide to help you find your way to the next realm.

Today the Grim Reaper remains to be a favorite Halloween costume, and has appeared in novels and films. He has become the world’s most iconic personification of death.

Spook up your next novel with a Grim Reaper character!

When a book is popular it tells us a lot about our society and what the mass interest was like at the time of publication. It is good to know the fluctuation of these titles to predict future popular books, as well as gaining inspiration for stories you might be currently writing.

Compiled below is one popular title from each year starting with 2000. Let this list provoke questions, thoughts, and ideas of your own.

Go back in time to see what made them so popular and what idea you might be able to steam from them for your own writing. At the very least, you might find a new favorite book.

2001 — The Corrections by Jonathan Franzen

2004 — The Five People You Meet In Heaven by Mitch Albom

2007 — Harry Potter and the Deathly Hallows by J.K. Rowling

2010 — The Girl With the Dragon Tattoo by Stieg Larsson

For more information about Horseman Rights Management visit our website!

Another week closer to Halloween means another creature to talk about, and zombies sure are being talked about a lot these past few years. I wonder if it is all the grunting and moaning that makes them so popular or maybe the classic zombie walk, but whatever it is it seems to have made its mark on pop culture.

First, let’s take it back to where it all began. Before the world became futuristically invaded with zombies we had their first appearance in Haitian folklore. Bokor sorcerers would raise corpses from the dead and control them as personal slaves.

From there zombies had their first Hollywood screen performance in 1932 in White Zombie. However, they didn’t take full center stage until the release of Michael Jackson’s Thriller music video in 1983. Appearing again and again on screen in movies and video games,  these creatures continue to be apart of creepy culture.

Some of their strengths include being impervious to pain, they never need to sleep, and can sustain massive injuries without feeling pain. However, they no longer have a high functioning brain and they move slow.

You have most likely seen these creatures in an apocalyptic theme movie or book. Both with a classic theme and some unthinkable twists, as there is a lot to talk about with these ever appearing creatures.

This Halloween season maybe you want to spruce up your spooky series with a zombie or two (as they also mostly travel in groups)? Create your own creature twist and dig a little deeper into all things zombie!

For more information about Hershman Rights Management visit our site!

You can always add a little book inspiration with whatever you do! Including Halloween! Pumpkin carving has always been a must do fall activity in my house and each year we like to spice it up with a creative theme of some sort. This year…book inspired jack o lanterns!

How fun will it be for you to share your favorite stories with others as your pumpkin lights up the night?

Here are a few of my inspirations taken from a couple of my favorite stories throughout my childhood:

Don’t be afraid to be creative! Come up with your own inspiration through your favorite book or character.

In the spirit of Halloween it is only right to dedicate this time to the creatures of the dark that we may not typically pay attention to. Join me each week until Halloween to find out what lies beneath the scales and fangs.

First and foremost… the ghoul.

Each creature comes from different mythology and pertains to different legends. That being said the ghoul originates under Arabic mythology. They have the ability to shape-shift and are known for inhabiting places like graveyards or deserts. Their true form are known to be hairy and canine like, but one of their most distinct features is their hoof like imprints, and most commonly known to be crawling on all fours.

However, with so many stories and renditions we see the ghoul in many different forms, for example…

Ghoul on Netflix focuses on “the ghoul” from Arabic Mythology that can shape-shift, and is known for its hoof like print.

In Supernatural a popular Sci-Fi TV show ghouls are not dead but a form of monster. They typically live in graveyards and feed on human flesh both dead and alive. They can also shape-shift and the only way of killing a ghoul is complete decapitation.

Tokyo Ghoul is a popular anime show about a character who gets bit by a ghoul and becomes half ghoul – half human. In this version ghouls look exactly like humans but like to eat human flesh.

So next time you are writing a story and want to incorporate a ghoul think about what features you want to show and the presence it plays among humans.