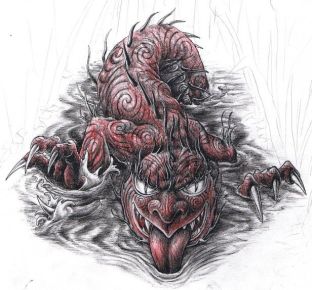 Beings that reside among dangerous currents, may be guardians or predators.

2 thoughts on “Creature in the Waves”